We are a group of Christians who believe that God speaks to His people freely and regularly about all things, including investing and finances. Our mission is to create a community where these insights can be shared, tested, interpreted, and applied - and to train Christians to do these things more effectively.

Our vision is threefold.

1) First, we want to provide you with a place to freely share your insights, dreams, and revelations with one another, both with regards to investing and with regards to other things that are happening in the world. As Proverbs 27:17 says, we truly believe that iron sharpens iron. Being in community allows us to share valuable information with one another, and equally as important, keep one another accountable.

2) Second, we want to share insights that we feel God has been sharing with His people about investing, finances, and wealth. Christians have historically had an uneasy, sometimes confusing relationship with money and wealth. We want to dispel myths, educate people, and share revelation that Christians have received in regards to specific investing strategies.

3) Third, we want to equip you with the tools to both manage and grow your finances. We believe all Christians are called to be stewards of wealth, but we also feel that the church has not historically done a great job of equipping its people to this end. We hope we can help fill this gap.

Our team is comprised of a unique mix of full time professionals and volunteers. Ken Storey is the CEO of Investing with Insight and also serves as our Chief Researcher. Additionally, the Investing with Insight team includes an ex-Wall Street MBA who generates and edits content and overseas business operations and finances. Our daily operations are held together by our account manager, Eva Johnson, and office assistant, Sarah Paine.

Spend some time on our site, give us feedback, and join our community. New information, articles, and features will be added, so visit often! Godspeed... 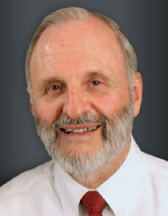 Kenneth Storey is the Co-Founder and Chief Executive Officer of the Investing with Insight. Mr. Storey also serves as the Chief Researcher for Investing with Insight. Since he began receiving divine revelation regarding the stock, commodity, and currency markets worldwide, he has averaged returns of over 40% year on year on his personal investing portfolio.

Prior to pursuing a career in investing, Mr. Storey worked as a structural engineer for Mackintosh & Mackintosh and also founded two Christian research and publishing companies: the Foundation for Biblical Research and World Insight International, where he also served as President. 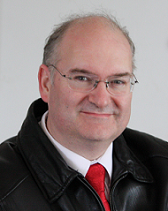 Rev. Martin Powell is presently a musician, minister, preacher, teacher, author and businessman. He was born in London, England. His grew up in Nottingham where he studied music-specializing in the clarinet, winning many prizes. Obtaining a music scholarship, he traveled to London to study with Georgina Dobree at the Royal Academy of Music, from 1981-1985, and with Guy Deplus, Professor at the Paris Conservatoire, from 1985-1986. In 1983, he went on to be the first clarinetist to win both the Hawke's clarinet prize and the John Solomon Wind Soloist prize in the same year. Also being awarded the Leslie Martin Scholarship for Clarinet; winner of the Nicholas Blake ensemble Prize; winner of a major award from the Ian Fleming Trust; and finalist in the Haverhill Sinfonia Soloist competition.

He first came to international recognition as a prize winner in the International Clarinet Congress Competition in London in 1984 and winning "Best Musician" in the International Christian Arts for God Competition 2007. He has gone on to perform in England, Germany, Austria, France, Italy, Spain and the USA. He was also the principal clarinet player with the Henry Wood Chamber Orchestra. His clarinet playing has brought him to the attention of many composers. He has given World Premieres of many pieces; both Peter Heron and Wilfred Josephs have written pieces for him. Wilfred Joseph's First and Second sonatas were written for Martin and dedicated to him. The two sonatas were given world premieres at St. John's Smith Square, and the Harrogate International Music festival. Peter's "Soundbites" being premiered at the Purcell Room on the South Bank in September 1996. Other first performances of works by Joseph Horovitz, Mark Andrews, Barton Armstrong, David Llewelyn Green, Christopher Steel and Marjoijn Anstey. Martin has performed many concertos internationally and at home in the United Kingdom. He has also recorded the music of Debussy, Poulenc, Stravinsky, and many other composers. As a committed Christian, Martin has dedicated all of his music to God including the many songs the Lord has given to him.

Martin Powell came back to the Lord at the age of twenty-one during the blossoming height of his music career. Being passionate to know God, and being obedient to the calling of the Lord, he sacrificially laid down his clarinet playing in order to know the Lord and to spend time deeply studying the Scriptures, which he has studied intensively for many years.

The Lord then took Martin into business, inspiring him to believe in a three story music store, which the Lord gave him when he was penniless. Now Martin is promoting other Christians in business with the website Talents4Church.com, coming soon.

From 1993 to 2010 Martin was the Pastor of the New Haven Fellowship in London. This led to many preaching engagements across the wide spectrum of denominations and independent churches. His preaching has also been transmitted on the Gospel Channel through the Sky Satellite Network.

Out of his study of the Scriptures, the Lord began to give him fresh revelation about the subject of money. In obedience to the Lord, Martin Powell has written Money Matters: In My Kingdom about money matters in God's Kingdom, full of the living Word of God.